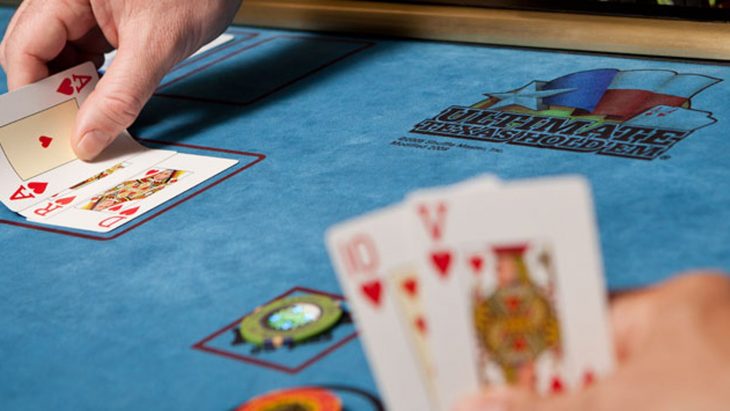 Too many poker players today develop their poker strategy from watching televised poker tournaments or playing poker online on dominoqq. As a result, they tend to copy some of the more glamorous moves they see in the game. Probably the two most popular poker bets are the bluff and the all-in bet. In most cases, from a strategic point of view, these are also the two worst bets you can make in Texas Hold’em.

What many viewers fail to realize in watching these televised poker tournaments is what they are seeing is edited footage. What’s being televised are some of the more exciting moments in the game but what you aren’t

seeing are the plays that led up to these moments. Much of this coverage is shot during the final rounds of the tournament, a time the strategy changes because of several factors, one of which is the size of the blind bets and the size of the remaining chip stacks.

There are actually times when a player should consider bluffing his hand or betting all of his chips, but more often than not these moves are a mistake. The reason has to do with something professional players call “pot odds”.

To understand how the strategy changes let’s examine how the tournament is played. Each player starts off with the same number of chips. For sake of illustration, we will assume the player has started with $10,000 in chips.

The game requires the first player after the dealer to make a “blind” bet (meaning that he is required to make the best regardless of which cards he holds in his hand). The next player is required to make a “blind” raise. The first blind bet is called the “small blind” and the blind raise is called the “big blind”. Any player who wants to enter the pot at this point must at least call the amount of the “big blind”. The purpose of these blind bets is to discourage players from simply sitting out of the game and waiting for the other players to knock each other out of the game. 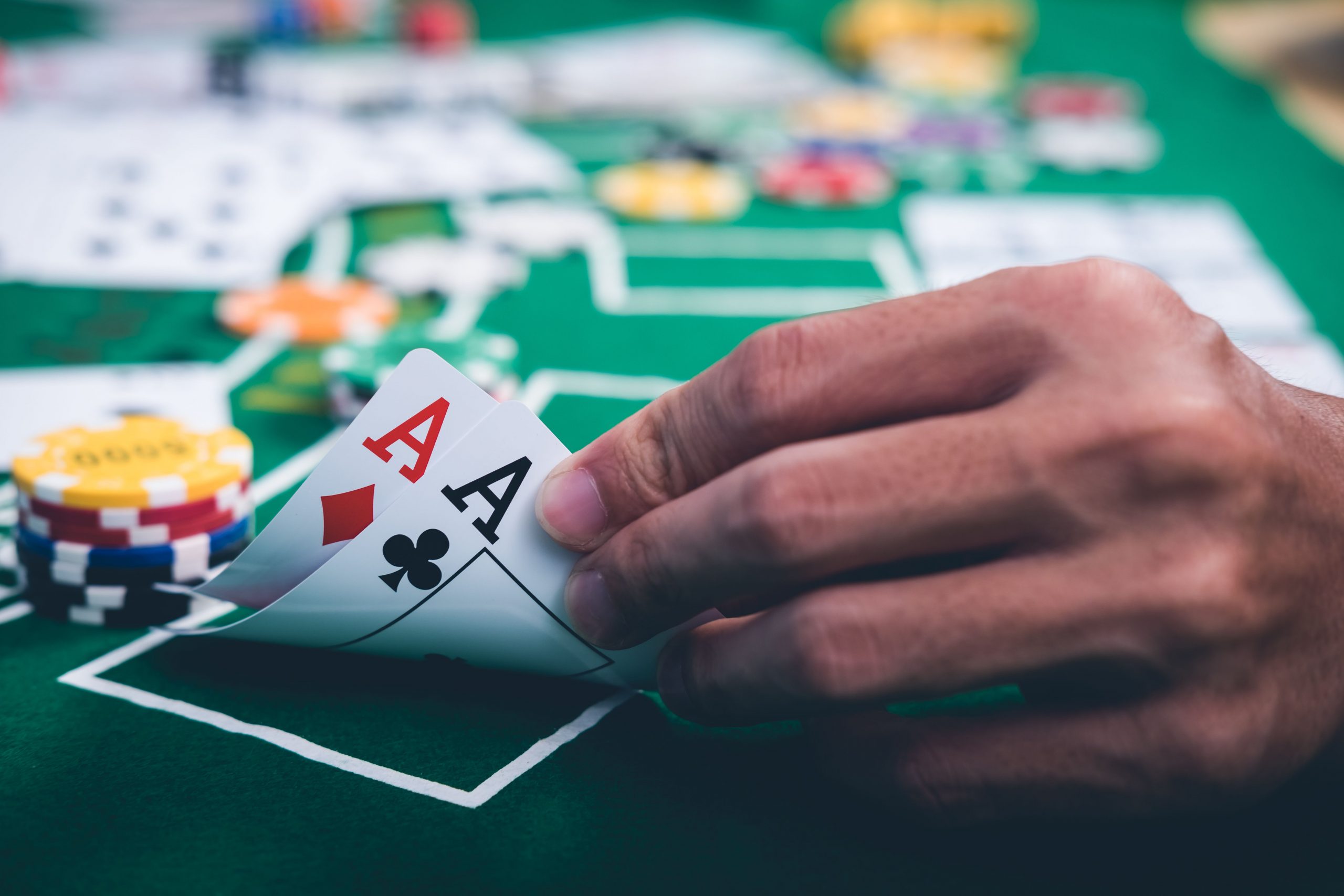 In a tournament, these blind bets increase after a designated period of time. For our illustration, we will say that the blinds must increase every half hour of play. As mentioned before, each player starts with $10,000 in chips and the initial blinds will be $100 and $200. This means the “small blind” must bet $100 and the “big blind” must raise it to $200. Every player wishing to enter the pot must call the $200 raise.

When a half-hour has passed, the blinds are increased and now the small blind becomes $200 and the big blind becomes $400. Following this formula, after three hours of play, the blinds will become $3200 and $6400. You can see how this can be very expensive if you still have only $10,000 in chips.

This is why you see more bluffing and more all-in betting when players reach the final table of the tournament. At that point in the game, the blinds are quite high and it’s crucial to maintain a healthy chip stack. There is one other factor that comes into play, not only at the final table, but throughout the tournament, and that’s something called “pot odds.”

Here’s how it works. Suppose you have a hand that you calculate has about a 50 percent chance of winning. Your opponent bets $300. In order to call his bet, you must put up $300 as well. You need to count how much

money is in the pot in order to determine how to play your hand. If, for example, the pot only has $350 in it, including the $300 your opponent has bet, the pot is offering you approximately even odds. To be specific you have to risk $300 to make $350. That’s about a 53 percent return on what you risk. There is very little advantage to calling that bet. On the other hand, if the pot had $950 in it and you could call it with $300, the pot would be offering you more than 3 to 1 odds on your bet. In this case, you would want to call the bet.

This explains why two of the worst bets you can make in poker are a bluff and an all-in bet. Neither bet usually offers you sufficient pot odds to justify the risk involved. 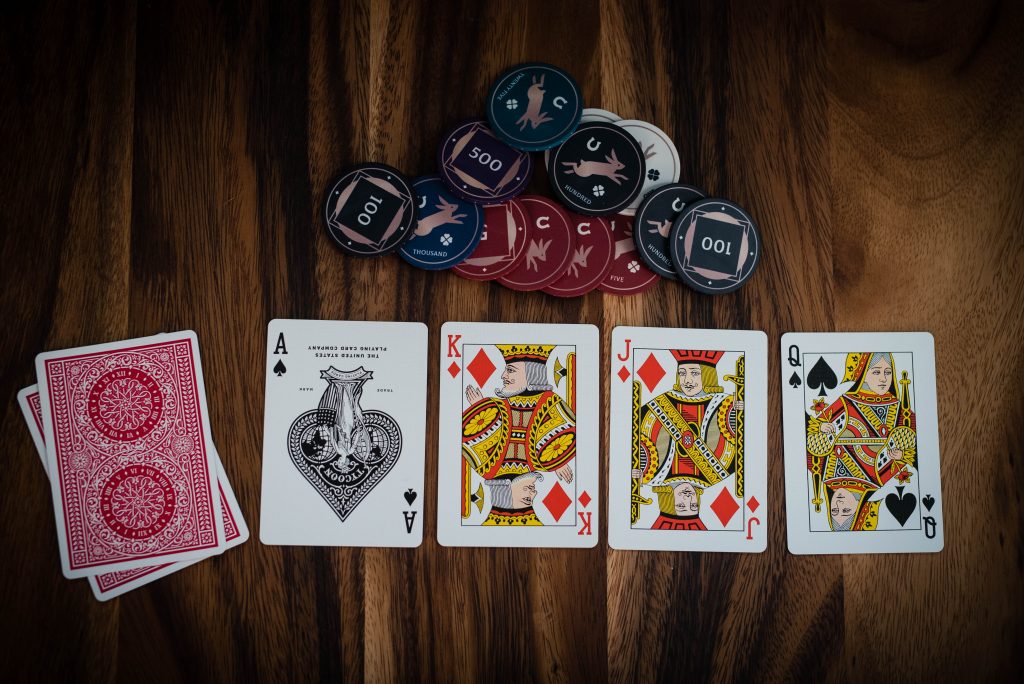 For example, let’s look at a bluff. There is $300 in the pot and you want to bluff your opponent off of his hand. You bet $900 hoping he will fold. If he does you win $300. If he doesn’t, you lose $900 (because if you are bluffing you can’t beat his hand). The odds were three to one against you when you took this bet.

The same thing happens with an all-in bet. Suppose you have $300 in the pot and you decide to bet all your chips, thinking you have the winning hand. You have $9000 chips left. If you win you get $9300. If you lose, you’ve lost $9000. If the pot only offers even odds this is too big of a risk to take, especially when you consider that the loss could knock you out of the tournament.

With all this being considered there are still proper times to make these bets. If you have good reasons to believe your opponent will fold, a bluff is a good bet. This knowledge comes from understanding your opponent and his style of play. This is why you often see professional card players bluffing at the final table of a tournament. They’ve been playing against these opponents for some time and they have a pretty good read on how that player will react to their bet.

At the final table, a player is often at the point where their chip stack is so low and blinds are so high that he must make a move in order to survive. It’s at times like these where you will see a player make an all-in bet, hoping to double up their own chip stack.

Another time when an all-in bet is justified is if you have a hand that can’t be beaten. For example, suppose you hold an ace-high flush and there is no pair showing on the board. The only thing that can possibly beat you is a straight flush, and if the cards on the board are not close enough together to indicate this is possible, you have a sure thing. In that case, you can bet everything and hope your opponent is foolish enough to call. On the other hand, if you are sure he will fold to such a bet you might consider betting a little smaller in order to entice him to put just a little bit more money into the pot.

In summary, the two most glamorous bets in Hold’em, the all-in bet and the bluff are bets to be made very sparingly, and only when circumstances warrant that they are the correct way to go.