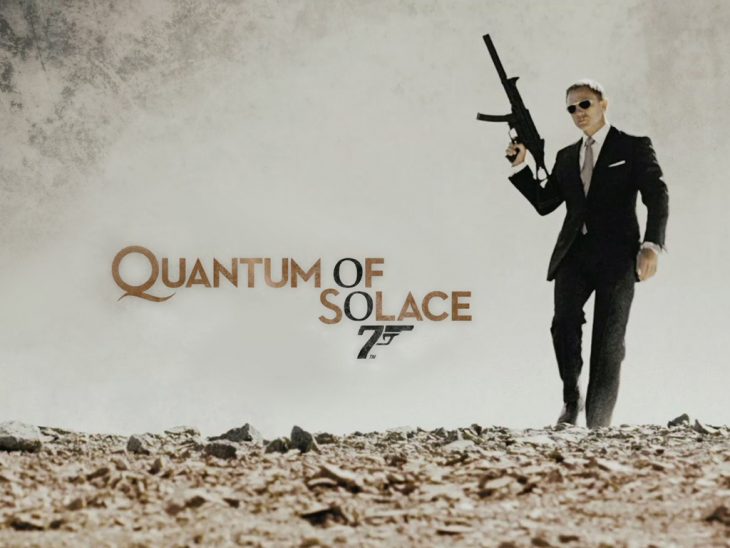 Well, it’s not as good as Casino Royale. Those are the first words that I and others who have seen Quantum of Solace have been telling those who ask about it in eager anticipation. And we’re right, but it’s still worth seeing. Solace is one of the best action films you’ll see made today, it’s just not redefining, like Royale was.

Daniel Craig is back as the dark, complex and trouble MI6 agent. The first scene picks literally right where Royale left off (one hour later I think). The opening scene (usually thrilling in a Bond film) is a high-octane car chase, throwing us right into the heart-pulsing action and urgent pace that fuels and sometimes wears out Solace. After a clever Bond quip, we get a brief freeze frame, then straight into the famous opening credits sequence that’s a staple of the Bond genre.

Alicia Keys and Jack White offer “Another Way to Die” for Bond 22. Unlike just about every one else on the planet, I actually like this song. Keys’ and White’s voice mix well and White’s characteristic fuzzy guitar blends well with the recognizable Bond theme.

Speaking of recognizable, little of this film is to Bond enthusiast. I understand writer Paul Haggis (Casino Royale, Crash) wanting to continue reinventing Bond, but there is a line where you start to get into heresy. For instance, once again we only get a variation on the classic line “Shaken, not stirred,” and “Bond, James Bond,” sits this one out.

Craig absolutely owns Bond for this age. Connery still gets my vote for “Best Bond Ever,” but no one alive could reach the intensity, moral complexity and utter suaveness that Craig does. Also, no one else on Earth looks so cool in a tux.

Unfortunately, Olga Kurylenko is one of the worst Bond girls ever. Her acting and character are paper thin. Unlike Eva Green’s rich Vesper Lynd, Kurylenko’s Camille is not a real person. Maybe it has something to do with the fact that Green is a real actress and Kurylenko is a Ukranian model. That seems to be it. Judi Dench is solid once again as M and Jesper Christensen returns as Mr. White to sinister effect. Jeffrey Wright shows up again, but only that. If you’re going to have a great actor like Wright in these films, he needs more than a glorified cameo. I’m hoping they are just sitting him up to play a bigger part as Felix Leiter in the later films. Oh, and is it just me or do you think they should give Hugh Laurie or Ricky Gervais a call for the part of Q? 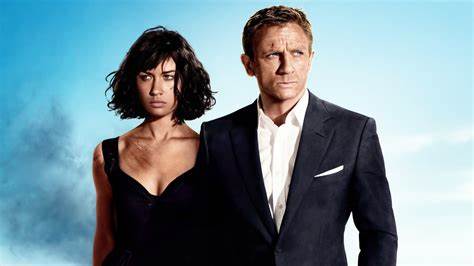 I originally doubted director Marc Forster’s (Finding Neverland, Stranger Than Fiction, The Kite Runner) ability to stage action. I was wrong. This film features some downright awesome action scenes that feature impressive choreography and some really flashy work from the cinematographer (see: falling through glass).

Forster’s Bond continues down the path of darkness, and rightfully so its good to consider judi casino online terpercaya for the better acknowledgement about; how to play the bet sequences with maximum profit odds. This new Bond is complex. He feels anger and emotion, seeking revenge for the death of Vesper. Forster’s Bond, too, actually looks like he could be doing the stunts he is (thanks mostly to Craig’s actually doing them). He bleeds. He grunts. He doesn’t stick all his landings and falls sometimes.

Certain elements of the plot – the villain, his plan, and the Bond girl – feel rather thin and cheap, but that’s because Solace is a direct sequel to Royale. This film finishes up it’s predecessor’s story arc, and in a rather satisfying fashion. Forster lets the next director take the franchise in their own direction, with a new plot.

All in all, Solace is a worthy addition to the Bond franchise, if not one of the best. It’s a quality action film and is definitely worth seeing, but don’t expect any of the genius of Royale. This film doesn’t have the freshness or the breathing room. But, in the end, as the credits assured me (yes, I did stay to make sure it was there): James Bond will return. And once again, I can’t wait. I couldn’t always say that in the Timothy Dalton/Pierce Brosnan era.